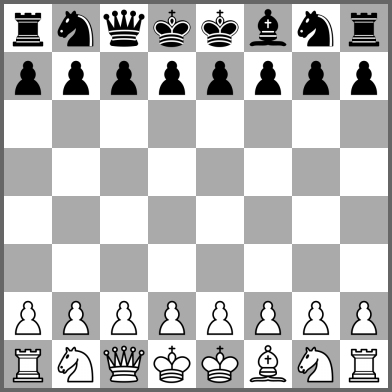 Chess variant with two kings on each side. Both king must be defeated in order to win.

While both kings are on the board, they are allowed to move into check, and one of them can be let captured. However after only one remained, the check-rule applies to it, and checkmating it is a loss for that player.

White, having two kings, can move anything, regardless of any checks.

White, having only one king, has to move out of check.

Opposing kings can touch each other if both sides have two kings.

White, having two kings, can give check with the king. Black however, having only one king, has to escape the check immediately.

Moreover, two kings against one king is a mating power.