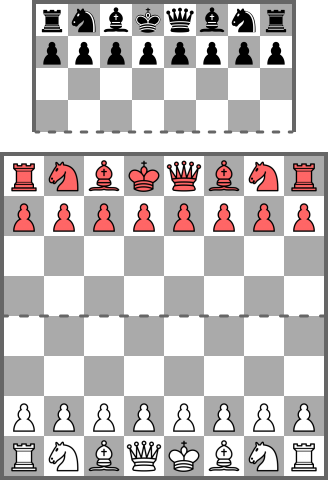 Any two of the half-chessboards can be joined up to make a regular move on this full chessboard.

There are three players, everyone against everyone. Move order: White, Red, Black.

The game ends when someone is checkmated:

The board consists of three parts, each of them is a half of a regular chessboard. Despite of the visual arrangement of them, they are semantically equivalent. In the game, the order of the parts can be arbitrarily rearranged by the buttons below the board. However, this does not affect the behaviour: the half-boards are always connected in all three possible ways, and pieces can always move from any half to any other if the move is legal on the connected regular chessboard. 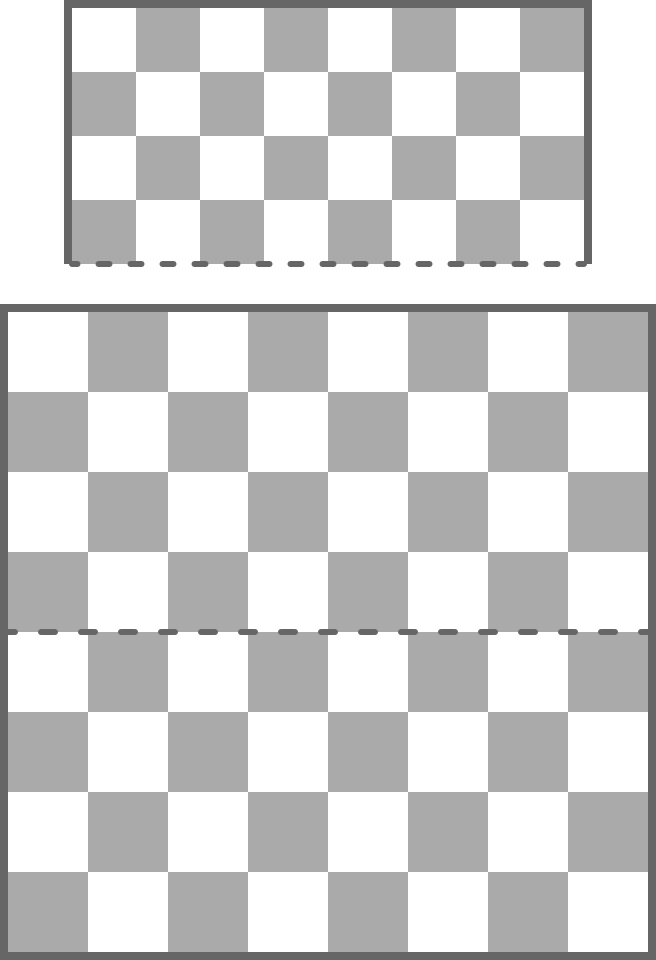 These three diagrams show the same game position from different viewpoints. No matter how you view it the white bishop can capture the red pawn and the black knight, but from some viewpoints it is not obvious.

These two diagrams also show two identical positions. The white king cannot move into check, but from some viewpoints it is not obvious which piece gives check from where.